Incidents of targeted school violence occurred most frequently at the start of the school year and after students returned to school according to a recently published report by the U.S. Secret Service.

For this study, an incident of targeted school violence was defined as any incident in which (i) a current or recently former K-12 school student (ii) purposefully used a weapon (iii) to cause physical injury to, or the death of, at least one other student and/or school employee (iv) in or on the immediate property of the school (v) while targeting in advance one or more specific and/or random student(s) and/or employee(s).

Here are some key findings: 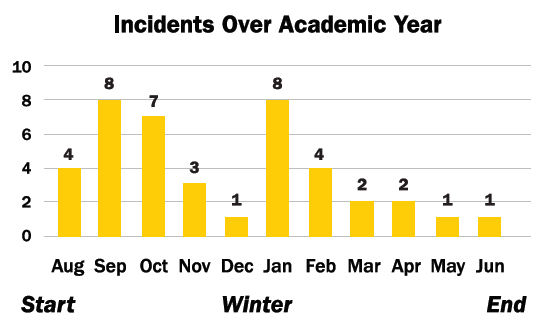 41% of the attacks took place within the first week back to school following a break in attendance, such as a suspension, school holiday, or an absence due to illness or truancy.  Nearly one quarter of the attacks took place on the first day that the attacker returned to school after an absence. In two of these incidents, the attacker was actively suspended from the school at the time of the attack. These findings suggest that schools should make concerted efforts to facilitate positive student engagement following discipline, including suspensions and expulsions, and especially within the first week that the student returns to school. 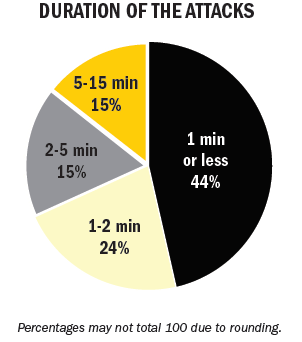 Because most of these attacks ended very quickly, law enforcement rarely had the opportunity to intervene before serious harm was caused to students or staff. Additionally, many of the schools that experienced these tragedies had implemented physical security measures (e.g., cameras, school resource officers, lockdown procedures). Prevention is key.

LOCATION OF THE ATTACKS: The attacks usually started and ended in the same location. The most common locations of attacks were in classrooms and immediately outside of the school.  Other locations included cafeterias, hallways, and administrative offices. Attacks in restrooms, locker rooms, a gymnasium, and a vestibule were less common. 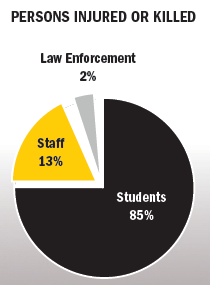 ATTACK RESOLUTION: 51% of the attackers ended the attack without any external intervention. 17% committed suicide, 15% left the scene, 7% surrendered to school officials, 7% dropped their weapons and waited to be arrested, 2% stopped and called family, and one attacker 2% left the scene before calling family. 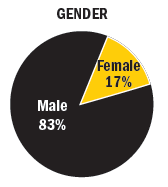 The attackers were predominantly male in grade levels from 7 to 12.

More key findings from this study, and their implications for informing school violence prevention efforts, include:

While communities can advance many school safety measures on their own, experience tells us that keeping schools safe requires a team effort and the combined resources of the federal, state, and local governments; school boards; law enforcement; and the public.  The study conducted by the Secret Service provides an unprecedented base of facts about school violence, as well as an updated methodology and practical guidelines for prevention. We encourage our readers to download the entire study via the link below and to use it to guide the best practices for maintaining a safe learning environment for all children.

For those unfamiliar with the the U.S. Secret Service, it's an agency with a longstanding tradition of conducting threat assessments as part of its mandate to ensure the safety of this Nation’s highest elected officials. Their National Threat Assessment Center (NTAC) is dedicated to expanding the field of violence prevention by closely examining the targeted violence that affects communities across the United States. As part of this mission, NTAC has maintained a particular focus on the prevention of targeted school violence.